MULAP means Multiple Line Appearance and means “Calls are signalled and can be handled at multiple phones.”

There are always several devices in a MULAP group. One of these is the MULAP master, other devices are slaves.

The MULAP master always identifies itself by leading asterisks on a phone number.

Other devices can be reached under the same call number (162) as well as the slaves of the MULAP group.

The characteristic of a MULAP group is that all participants are occupied when a MULAP participant speaks.

The 162 is a virtual phone number and not a physical device. Only devices can be controlled and monitored, i.e. consequently from this the MULAP call number itself cannot be controlled.

Use the following configuration

The monitoring and control of MULAP groups is called MULAP monitoring. In ECSTA, Settings > Advanced (see screenshot) the MULAP mode can be configured for this driver.

The following variants can be used: 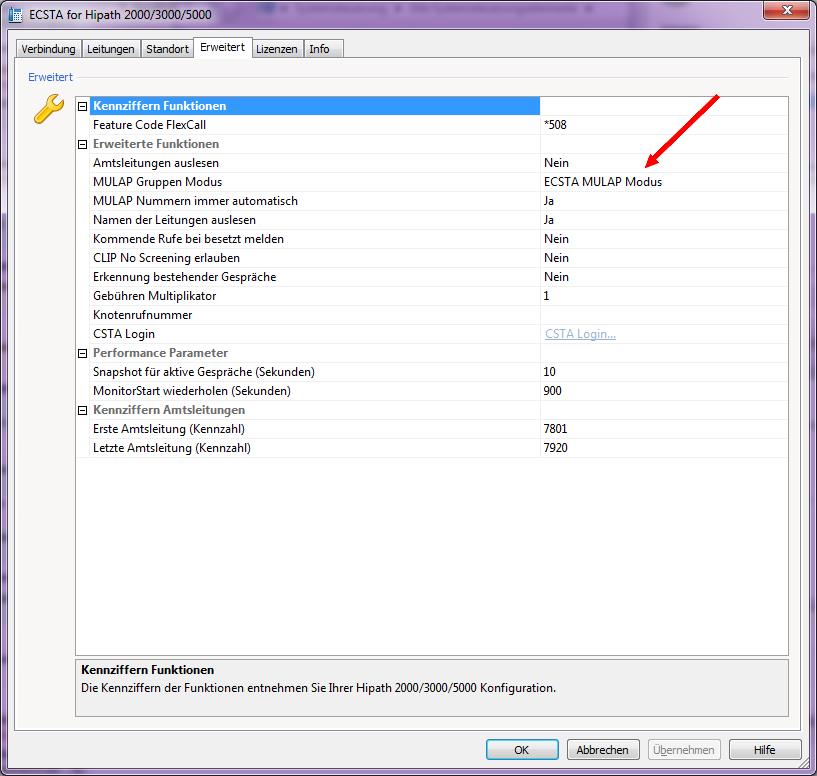 Release Notes for HiPath PBX as of 8.0

As of HiPath version 8.0, the MULAP monitoring feature is supported. To deactivate this, it must be configured in the telephone system (HiPath Manager > System parameters > Plus product flags) and then restarted.

If the feature is activated, the following must be observed:

Since estos has no influence on the further development of the supported telephone systems by the manufacturer, we cannot guarantee that the instructions described above will also be fully valid for future releases.