In this case, the phone number of the TAPI driver of the PBX or the phone is passed with one zero too few.

With a tool like e.g. Ephone.exe "Using the TAPI Test Tool (ePhone.exe)" the phone number would be displayed as follows: (Bsp. 89xxxx) or if an outside line is available (Bsp. 089xxxx).

This changes the number resolution, and ProCall places its own area code before the number. This can happen for both incoming and outgoing calls.

So that a phone number can be found in the database, the exchange code must be added again – if not notified by the TAPI driver.

If the error occurs only when a call is accepted, the zeros must also be removed from the "Connected ID" field.

If the error occurs only when a call is accepted, the zeros must also be removed from the "Connected ID" field.

Here is an example of false signaling of the TAPI driver.

In the screenshot, you can see that the number is incorrectly displayed (double area code). 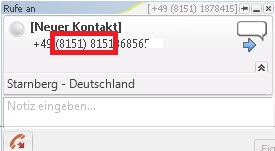 In the ephone.exe the error can be seen in the red-framed box. A "0" too little is transmitted. But in the default settings, the UCServer assumes that the TAPI driver sends this "0". So that "00" is transmitted. It cuts off a "0" and there is a faulty display. 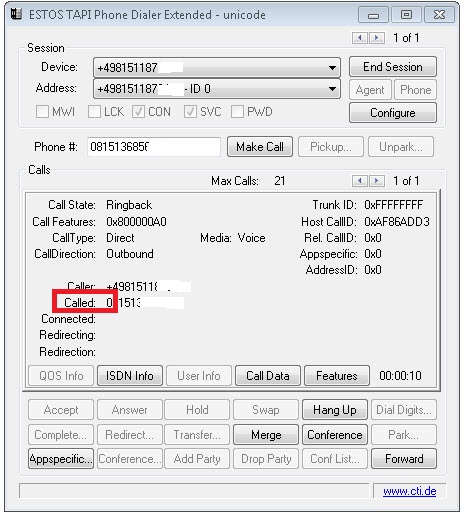 In the next screenshot, the behavior is shown as soon as the call is connected. The signaling has not changed, so the "ConnectedID" remains the same. 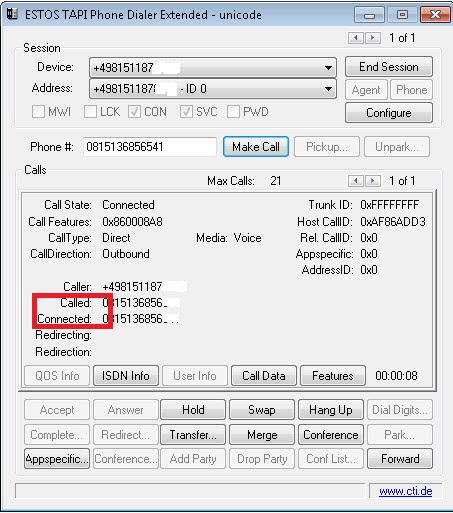 For this one case, the solution would look like this. Note that only one outgoing call was handled here. Of course, you still have to do the test for an incoming call and for call forwarding to be able to complete the formatting. 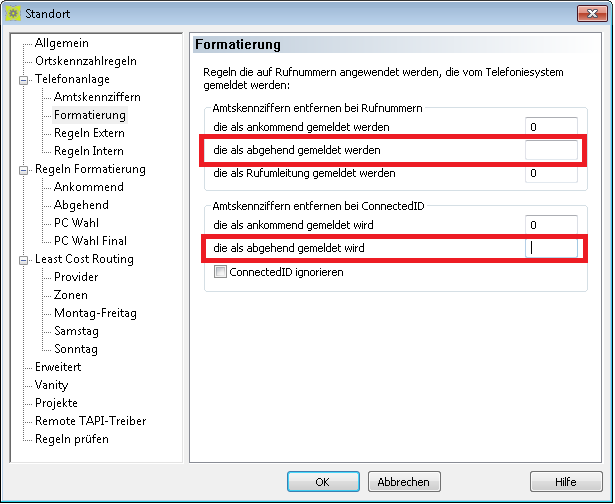